George Robert Williams, age 83, of Sunny Acres, Elizabeth City, NC died Thursday, October 31, 2019 at Sentara Albemarle Medical Center. Born in Middletown, OH on December 8, 1935, he was the son of the late John Charles Williams and Annie Opal Perry Williams and the widower of Pearl Burgess Williams. Mr. Williams served his country honorably in the U. S. Navy. He was a previous owner of Doug Williams Heating and Air Conditioning Company, was the River City Radio Control President, a member of V. F. W. Post #6060, and a past president of the Shriners, Hall Lodge, Shawboro, NC.

A funeral service will be held at 2:00 p.m. on Monday, November 4, 2019 at Twiford Memorial Chapel, officiated by the Rev. Don Sharp. Military honors and Masonic Rites will be rendered at the Sam A. Twiford Veterans Park. Following the service, the family will receive friends in the lobby of the funeral home. A visitation will be held on Sunday evening from 6:00 to 7:30 p.m. at the funeral home and at all other times, at his residence. Burial will be in New Hollywood Cemetery. Memorial donations may be made to Shriners Hospital for Children, c/o Sudan Temple, 403 East Front Street, New Bern, NC 28560. Twiford Funeral Home, 405 East Church Street, Elizabeth City, NC is serving the Williams family. Online memorial condolences may be sent to the family at www.TwifordFH.com.

Offer Condolence for the family of George Robert Williams 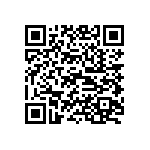