Longtime Elizabeth City resident George Schaaf Converse, a retired Marine Corps lieutenant colonel and combat veteran of Vietnam and Lebanon, died suddenly of natural causes on May 2, 2018, in Atlanta, Ga. The son of a Navy officer and the second of four brothers, he was born October 6, 1946, in Council Bluffs, Ia. After graduating from West Bremerton High School in Bremerton, Wash., and from Montana State University in Bozeman with a bachelor’s degree in English, he was commissioned a second lieutenant in the Marine Corps in June 1968.
During his 28-year career as an infantry officer, George served in all four Marine divisions, at Headquarters Marine Corps in Washington, D.C., at Headquarters, U.S. Atlantic Fleet in Norfolk, Va., and at the Marine Corps Combat Development and Education Command, in Quantico, Va. His operational assignments included tours as the S-3 (operations officer) of the 24th Marine Amphibious Unit that was part of the Multi-National Peacekeeping Force in Lebanon in 1983, as the commanding officer of the Marine detachment on board the guided missile cruiser USS Chicago, as commander of a rifle company at Camp Pendleton, Calif., and as a rifle platoon leader and company executive officer in Vietnam in 1969. Among his staff assignments were Assistant Chief of Staff for Plans and Policy, Headquarters, U.S. Marine Corps Forces, Atlantic; Director, Fleet Plans Division, Headquarters, Commander in Chief U.S. Atlantic Fleet; and Director of Special Projects and Assistant Secretary of the General Staff, Headquarters Marine Corps. While in the service, George attended the Marine Corps Command and Staff College, the Naval Gunfire School, the Amphibious Warfare School, and also earned a master’s degree in management from Troy State University. His numerous military decorations include the Bronze Star Medal with “V” device for valor, the Legion of Merit, and the Meritorious Service Medal with three oak leaf clusters.

Following his retirement from the Marine Corps in 1996, George worked for more than ten years as a project manager and communications systems analyst for BAE Systems in Chesapeake, Va. He then assisted his wife Mary Ann in operating her Center Line Digital Printing business and volunteered as a naval history researcher for the Museum of the Albemarle.
An accomplished writer, George’s article “A Most Timely Skirmish” was awarded first prize for the best essay on naval history for 2015 by the United States Naval Institute. He contributed articles on local history to The Daily Advance, and, just months before his death, published a book of poetry, The Winds of the Compass Rose.

George was preceded in death by his parents, Elliott V. Converse, Jr., and Mary Patrice Schaaf Converse, and by his wife Mary Ann Schippers Converse to whom he was married for 47 years. He is survived by three brothers, Elliott (Rosemary) of Evergreen, Colo.; Philip (Ruth) of Salt Lake City, Ut.; and Vincent (Raquel), of Hermosa, Bataan, Republic of the Philippines; by three nieces and four nephews, Jennifer, Karen, Philip, Noah, Celeste, Samuel, and Matthew; and by fifteen great nieces and nephews.

Twiford Funeral Home is assisting the Converse family. Online memorial condolences may be sent to the family at https://www.twifordfh.com.

Offer Condolence for the family of George S. Converse 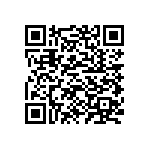