Georgia Teeter Tuttle Stabell, age 90, of Morgan Street, Elizabeth City, NC passed away on June 5, 2019 at her home. Born in Norwalk, CT on February 6, 1929 to the late Thomas Taft Tuttle and Georgia Estelle Teeter Tuttle, she was the widow of Kenneth F. Stabell. Mrs. Stabell began working at an early age for the Edwards Signaling Company as a secretary (which was her favorite job). She worked with inventors who were responsible for fire alarms and other amazing inventions. She was a retired insurance agent for Prudential Insurance Company. Mrs. Stabell was a member of Ridgefield Guild of Artists.

According to her wishes, no services are planned at this time. Twiford Funeral Home, 405 East Church Street, Elizabeth City, NC is assisting the Stabell family. Online memorial condolences may be sent to the family at www.TwifordFH.com.

Offer Condolence for the family of Georgia T. Stabell 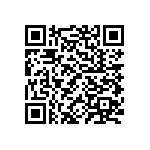