Most people who were familiar with Jerry knew him by his music. His voice was his primary instrument — classically trained at Carnegie Institute of Technology (now Carnegie Mellon) in the late 1950s / early 60s, and heard in concert halls, churches, schools, and even a few recordings, some now accessible on youtube.  But he also played jazz double bass, and was an accomplished classical horn player, both baritone and French.

The people who were lucky enough to be his music students — literally thousands of young singers and instrumentalists over a 60+ year career — knew “Mr. Manolas” as a dedicated and skilled teacher, whose passion for music ignited their own passions.

The people in Jerry’s family knew him as brother, father, grandpa, uncle, who left the Happy Birthday song, sung a cappella, in their voicemail every year. And who made them cringe with his corny sense of humor (malapropisms were his specialty), and brace for his practical jokes. At one Sunday dinner with extended family, he served a roast of mystery meat that he later identified as a raccoon that was killed by the family dogs.

Despite his low-key, laid-back, self-effacing manner, Jerry had a reputation for being a handsome, charismatic ladies’ man, who, over his lifetime, had three wives and who knows how many girlfriends. Almost everyone who met him couldn’t resist falling in love with him. A native of Canonsburg, PA — home to fellow crooners Perry Como and Bobby Vinton — it’s difficult to fathom why he, too, didn’t become a star.

The saying, “Those who can do; those who can’t teach,” didn’t apply to Jerry. He did both. He was band director at Waynesburg Central High School, in Waynesburg, PA, where he also led the choir at the First Baptist Church for almost 20 years. Later, he became band director at West Greene High School; then, Trinity Middle School, both also in PA. While at Trinity, he was music director in a community production of Man of La Mancha and played the title character — a role so musically challenging that renown actor Rex Harrison reportedly refused it the first time it was offered to him. Jerry’s version of “Impossible Dream” brought down the house at every show. He also performed in a jazz trio, with brothers Jerry and Lou Lucarelli, in late-night venues throughout the Pittsburgh metro. His musical versatility was widely admired, according to fellow music teacher, Mark Davis, who remembers Jerry as “the only person I ever knew who could play every part in the band — clarinet, flute, oboe, bassoon, trumpet, trombone, saxophone… he knew the correct fingering for every note!”

Jerry retired from teaching in the late 1980s and moved south. For a few years, he lived in Virginia Beach, where he was band director for Rock Church. A few years later, he moved further south, to Manteo, North Carolina, and came out of retirement to teach music at Manteo Elementary, then direct the band at Manteo Middle School. Another move brought him to Kitty Hawk, where he was band director at First Flight Middle School. Eventually, Jerry retired for the second time, but still worked as a substitute teacher at Kitty Hawk Elementary. During his time in North Carolina, Jerry performed in a local jazz band, sang in the Sea Notes Barbershop Quartet, and acted in the Tony-Award winning, longest- running, outdoor symphonic drama, The Lost Colony.

His most enduring accomplishment — and, according to Jerry himself, his proudest — was bringing stringed-instrument education to North Carolina’s Dare County. Fifteen years ago, at age 70, he sold the idea to the school board, then put out a search for used instruments, collected loose change in donation boxes, canvassed every possible funding source, found a violin teacher, and made First Flight Middle School the pilot. The program was so successful that it spread to every school in Dare County, from fourth grade through high school, then launched the Dare County Youth Orchestra.

Besides music, Jerry was passionate about food, and was a farm-to-table aficionado decades before it was trendy. When a dairy farmer wanted his children to take music lessons, he persuaded Jerry to accept several gallons of fresh, whole milk as payment each week. Jerry was also an avid gardener, planting a yearly crop of vegetables, and bragging about his inevitable harvest of peppers, cucumbers, squash, kale, spinach, and tomatoes. (It wasn’t unusual for Jerry to put 70 tomato plants in the ground each spring.) He was a skilled fisherman and crabber; when he owned Snow Bird restaurant in Nag’s Head, many of his customers agreed that his soft-shell crab sandwiches were the best in the Outer Banks. He also had a restaurant when he lived in Virginia Beach, Isle of Rhodes, which he named after the home of his Greek ancestors, a place he had always dreamed of visiting.

Jerry didn’t make it to Greece in this lifetime. He died peacefully in his daughter’s home, several hours after being discharged from the hospital, where he was being treated for cancer complications and Covid.

Offer Condolence for the family of Gerald James (Jerry) Manolas 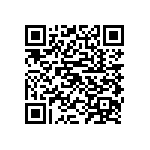