Gerald “Jerry” Joseph Volk, 89, of Jarvisburg, NC died peacefully at his home on Monday, January 13, 2020, surrounded by his family after a short illness.

Born in Wilmington, DE on September 1, 1930, he was the son of the late Elizabeth Sandstrom Volk and Thomas Joseph Volk.

Having served his country honorably, Jerry was a veteran of the United States Air Force.

In addition to his parents, Jerry was preceded in death by two brothers (Thomas and George), one sister (Betty Ann), and one grandchild (Bridget).

The family will hold a private memorial service.

Offer Condolence for the family of Gerald “Jerry” Volk 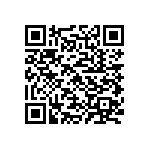