She was preceded in death by husbands, Henry “Buddy” White, Tony White, and Milton Phthisic.

A funeral service will be held at 2:00 p.m. on Wednesday, January 15, 2020 at Twiford Memorial Chapel, officiated by Sister Cora Reid.  Burial will be in West Lawn Memorial Park Cemetery.  A visitation will be held on Tuesday, January 14, 2020 from 7:00 – 8:30 p.m. at the funeral home and at other times at the home.  Memorial donations may be made to St. Jude Children’s Research Hospital, 501 St. Jude Place, Memphis, TN 38105-1942.  Twiford Funeral Home, 405 East Church Street, Elizabeth City, NC is assisting the Fountain family. Online memorial condolences may be sent to the family at www.TwifordFH.com.

Offer Condolence for the family of Gloria White Fountain 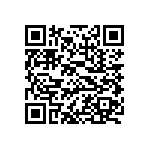