GRANT COLEMAN BUCKNER, 23, of Wanchese, died Sunday, July 13, 2003, in his home. Grant was a native of Dare County and was a commercial fisherman. He was a graduate of Manteo High School class of 2000, a member of Wanchese Assembly of God where he was assistant youth pastor. Grant loved his family and had a heart for the Lord Jesus Christ. He had hoped to become a missionary and had done missions work in Costa Rica and Honduras and loved to write music.

He was the son of Michael Buckner of Kitty Hawk and Dolly Tillett of Wanchese.

A celebration of Grant’s life will be held at Wanchese Assembly of God, Friday, July 18,2003, at 11:00 a.m. by the Rev. David Dalton and Rev. David Daniels. Burial will be held in Tillett Cemetery. Friends may join the family at Twiford Funeral Home, Thursday from 7:00 p.m. to 9:00 p.m. Memorials may be made to missions or youth of Wanchese Assembly of God. Twiford’s Colony Chapel Manteo is assisting the Buckner family with arrangements.

Offer Condolence for the family of Grant Buckner 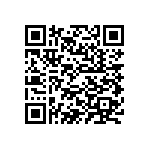