Gwen A. DeHart, 78, of Camden County, went home to be with the Lord, Monday, Nov. 4, 2019. He was born in Bryson City, NC where he grew up with a brother and two sisters. They played outside often, enjoying the simple things in life that many people long for today. As a teenager, Gwen was baptized in the cold mountain water of Brush Creek. He later moved to Hampton, VA where he met his beloved Sandy Dennis. After graduating High School, they went their separate ways but reunited in marriage over 40 years later! They spent five wonderful years together before Sandy passed in 2010. Gwen reminded us often, “They were the best five years of my life.” He remained in NC loving on the large family he married into. Gwen, called “Grandpa Gwen” by many friends and family, enjoyed fishing, working jigsaw puzzles, and spending time with relatives throughout the southeast.

Gwen worked in the Newport News Shipyard as a pipefitter. He won the prestigious “Jacket Award” for working 40 consecutive years before retiring. His career took him across the country as he helped to build some of our nation’s most impressive submarines and aircraft carriers. He worked in various ports from Newport News and Connecticut all the way to Hawaii.

Gwen was probably best known for his gentle spirit and easy-going ways. He was a man of few words, but his generosity and kindness spoke volumes about how he put God first, people second, and his needs last.

A memorial service will be held Sunday, November 10, 2019 at 4:00 p.m. at Twiford Memorial Chapel with Pastor Calvin Corbitt officiating. The family will receive friends following the service in the lobby of the funeral home. In lieu of flowers, please make an offering to DeHart’s home church, Harmony Baptist Church, 112 NC Hwy 343 S., Camden, NC. Twiford Funeral Home, Memorial Chapel, 405 E. Church St., Elizabeth City is assisting the DeHart family. Condolences may be expressed to the family at www.twifordfh.com.

Offer Condolence for the family of Gwen A. DeHart 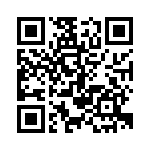