Harry Edison Austin, age 83, of Shiloh, NC died Monday, January 19, 2015 at Sentara Norfolk General Hospital.  He was born in 1931 in Currituck County to the late Pell Burrus and Lela Hayman Austin.  Harry was active duty in the United States Coast Guard from 1949 to 1955.  He then served as a Coast Guard Reservist from 1955 to 1991.  He served as Bridge Operator and became Bridge Leader of Coinjock Bridge on the Inter Coastal Waterway working for Corps of Engineer.  He oversaw the Water Resources Operation and Navigation at the bridge.  He worked with the Corps of Engineers for thirty years.  He was also a well-known Sportsman’s Guide for hunting and fishing throughout Currituck and the Outer Banks of North Carolina.

A funeral service with military honors will be held Friday, January 23, 2015 at 11:00 a.m. at Twiford Memorial Chapel officiated by Pastor Nick Kahl.  Burial will be at West Lawn Memorial Park Cemetery.  The family will receive friends Thursday evening from 7:00 to 8:00 p.m. at the funeral home, following the service and at other times at the residence of John and Margaret King, 102 Simeon Court, Elizabeth City. Memorial donations may be made to the  Coinjock American Legion Post #288, PO Box 288, Coinjock, NC, 27923 The Austin family is served by Twiford Funeral Home, Memorial Chapel, 405 E. Church Street, Elizabeth City, NC.  Online memorial condolences may be expressed to the family at www.twifordfh.com.

Offer Condolence for the family of Harry Austin 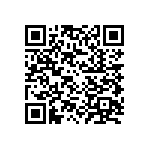