Helen Berglund Dayton, 88, of Kill Devil Hills died Tuesday, October 4, 2011. Born in Worchester MA, she was the daughter of the late Harry George Berglund and Effie Josephine Orcutt. She is also preceded in death by her husband, Warren Kain Dayton, a sister, Ruth Burr, and a brother, Kenneth T. Berglund. She was an Administrative Assistant at Newtown High School for 30yrs. She attended the Thomas A. Baum Senior Center, was a long time resident of the OBX for over 25 years, and resided in Newtown, CT before moving to OBX.

She is survived by one son, Daniel Dayton and wife, Angela of Brookfield, CT; two daughters, Patricia Jordan and Susan Dayton both of Kill Devil Hills; four grandchildren, Megan Couri and Andrea Condon both of CT, Jennel O’Brien and Daniel Jordan both of AL, and three great grandchildren; two sisters, Edith Tenney, and Janet Taylor and one brother, Harold Berglund.

A private service will be held at a later date. In lieu of flowers memorial donations may be made to Community Home Care and Hospice 1601 N. Road St Elizabeth City, NC 27909.

Offer Condolence for the family of Helen Dayton 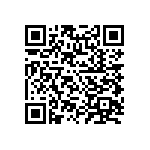