Henry Dean Haywood, 85, died on June 28, 2015 at Colony Ridge Nursing and Rehabilitation Center. He was the son of the late Henry and Sally Evelyn Haywood. He was preceded in death by his wife of 66 years, Julia Haywood.

Henry was a native and lifelong resident of Big Colington Island. He retired after 32 years from the National Park Service, where he was very dedicated to preserving the heritage of the Wright Brothers National Memorial. He received the Distinguished Employee Award from the National Park Service/ Department of the Interior. He proudly served in our nation’s military as a United States Marine. He was very passionate about Dare County and served on numerous boards including the Dare County Health Board as Vice Chairman and Chairman and the Dare County Planning Board. He was a large supporter of the Colington Volunteer Fire Department where he was the first Fire Chief.

Most importantly was his love for his church, Colington United Methodist Church. His family donated the land in 1885 for the church to be built. He served as trustee for so many years no one knows the exact dates.

The family appreciates all the love and support their family has received, especially from Colington United Methodist Church and the Colington Volunteer Fire Department.

A funeral service will be held on Friday, July 3, 2015 at 2:00pm at Colington United Methodist Church with the Rev. Teresa Holloway officiating. Burial with military honors will follow at the Colington North End Cemetery. The family will receive friends and relatives on Thursday evening from 6:00 until 8:00 pm at Twiford Funeral Home in Manteo. In lieu of flowers, memorial donations may be made to Colington United Methodist Church, PO Box 3425, Kill Devil Hills, NC 27948 or the Colington Volunteer Fire Department, 108 Schoolhouse Road, Kill Devil Hills, NC 27948.

Offer Condolence for the family of Henry Dean Haywood 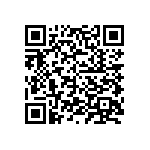