Born in Buffalo, NY on May 13, 1943, he was the son of the late Mary Monaghan and Henry Gene Kedzierski.

Having served his country honorably, Henry was a veteran of the United States Army. After 33 years, he retired from Dunlap Tires as a maintenance supervisor.

In addition to his parents, he was preceded in death by a grandson, Zachary Houston.

A private family service will be held.

In lieu of flowers, memorial donations may be made to the Outer Banks SPCA (PO Box 2477, Manteo, NC 27954 or online at obxspca.org).

Offer Condolence for the family of Henry Lee Kedzierski 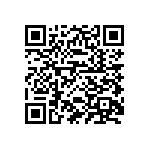