Born in Newport News, VA on June 20, 1937, he was the son of the late Katherine Branch and Herman I. Duffer.

Having served his country honorably, Herman was a veteran of the United States Air Force. He spent his career as an accountant retiring from Brown and Williamson Tobacco Company.

Offer Condolence for the family of Herman Iro Duffer, Jr. 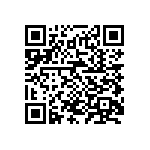