Hilda Mae Moss Hughes, age 93, gained her wings on Tuesday, November 26, 2019. Mrs. Hilda was a native of Camden, NC, but lived most of her life in Elizabeth City, NC. Before recently relocating back to Pasquotank County with her oldest granddaughter, Mrs. Hilda had lived in Creswell, NC behind her two daughters.

Mrs. Hilda was the daughter of the late Thomas J. Moss, Sr. and Martha Ann Allen Moss. She married the love of her life in 1942, the late William Curtis “Pop” Hughes, former owner of H&H Tire Co. She then married her second love in 2005, the late Douglas M. Hughes.

Special thanks to the nurses and aides of Hospice, especially her “girls” Kathy Payne and Allie Gibbs, and her co-cowgirl, Mattie Carter.

A funeral service will be held at 2:00 p.m. on Friday, November 29, 2019 at Twiford Memorial Chapel, officiated by the Rev. David Scott and Pepe’. Burial will be in West Lawn Memorial Park Cemetery. The family will receive friends in the lobby of the funeral home immediately following the service and at other times at the home, 1200 Lynch’s Corner Road, Elizabeth City, NC 27909. Twiford Funeral Home, 405 East Church Street, Elizabeth City, NC is serving the Hughes family. Online memorial condolences may be sent to the family at www.TwifordFH.com.

Offer Condolence for the family of Hilda M. Hughes 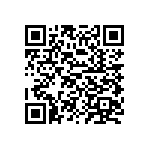