In celebration of our 75-year membership of Selected Independent Funeral Homes, the following video was created.

Twiford Funeral Homes began as a room above Quinn Furniture Company in Elizabeth City, NC. S.W. Twiford (father of Sam A. Twiford Sr., our founder) helped his son start “in the funeral business.” S.W. Twiford was a native of Stumpy Point in Dare County. His wife was Lillian Lassiter of Gates County, NC. Mr. Twiford met his bride to be at a Methodist Church meeting in Sunbury, NC. They moved to Elizabeth City in order to be living between both of their families. After coming to Elizabeth City, Mr. Twiford began working as an energetic, young salesman for the Quinn Furniture Company. Eventually he purchased the business from Mr. Quinn. Sam and Lillian had three daughters and one son that were raised in Elizabeth City. Another son, George, died at birth. The son, Sam A. Twiford wanted to be a funeral director. His father, S.W. Twiford helped him start the business and it was located above the Quinn Furniture Store on Poindexter Street in Elizabeth City. This was in 1933. The business, Twiford Funeral Home, continued to grow over the years. S.A. Twiford expanded the business to Manteo in Dare County in the late 1940’s. (S.W. Twiford always wanted to return to Dare County. This funeral home and the adjacent Quinn Furniture Store enabled him to return home to Dare County.) Another purchase, The James Derry Funeral Home in Norfolk on Colley Avenue opened the door for expansion into Virginia. (As a side note, the Derry-Twiford Funeral Home on Colley Avenue in Norfolk was the firm that was in charge of the funeral arrangements for General Douglas MacArthur. Some of the family and employees that were involved in the General’s funeral are still employed with Twiford Funeral Homes.) S.A. Twiford was always looking to expand and grow his business.

Over the years, Twiford Funeral Home expanded to Chesapeake, VA, Hertford, NC, Hatteras, NC and Gatesville, NC as well as New Hollywood Cemetery. After the death of Sam Sr. in 1988, the growth continued with the acquisition of our Northside Chapel in Elizabeth City, followed by developing a perpetual care cemetery, Laurel Memorial Gardens, for the citizens of Currituck and Dare Counties. The Cremation Society of Virginia in Virginia Beach with a second location in Newport News was added along with our crematory, Albemarle Crematorium. The locations in Hertford and Gatesville were eventually purchased by employees who helped grow those businesses. Our Chesapeake location, as well as the Cremation Society of Virginia, was sold as of December 31, 2009. All of this growth would not have been possible without the vision of Sam A. Twiford Sr. and the support of his wife, Dora Wells Twiford. Mrs. Twiford was also a licensed funeral director and the operation of this business would have been impossible without her devotion and work.

A state of the art building to house Albemarle Crematorium was built on the Church Street property in December 2013. The property was also enhanced with the “Sam A. Twiford Veterans Park.”

The growth we have experienced would not have been possible without our faith in our Heavenly Father, the support of our staff, our family and our community.

By continuing to grow, Twiford Funeral Homes intends to embrace the dream of a young man from Elizabeth City; a young man who put service and compassion before all. This man, our father, husband, grandfather and friend, founded the Twiford Funeral Home. The foundation would be service, the cornerstone would be affordability and the mortar cementing all together would be love of family. This is the legacy of Sam A. Twiford, Sr. and the challenge for those of us who follow. 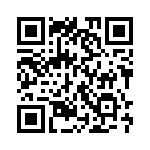