Artie Irene Wooten Wilson, 79 of Williamsburg, VA died Friday, January 8, 2020 at Consulate Healthcare of Williamsburg. She was born October 21, 1941 in DeKalb County, AL to the late Bob Wooten and Myrtle Irene Tinker Wooten and was the wife of Lawson Edgar Wilson. She was a bookkeeper for T. & C. Towing.

A funeral service will be held Tuesday, January 12, 2021 at 2:00 p.m. at Twiford Memorial Chapel with Lorrie Meads officiating. Burial will follow in West Lawn Cemetery. The family will be at the funeral home an hour prior to the service. Memorial donations may be made to the SPCA Of Northeastern NC, 102 Enterprise Drive, Elizabeth City, NC 27906. Twiford Funeral Home, Memorial Chapel, 405 East Church Street, Elizabeth City, NC is serving the Wooten family. You may express condolences to the family by visiting www.TwifordFH.com.

Offer Condolence for the family of Irene Wilson 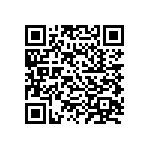