Brother James Eubanks was born in Durham on October 31, 1934, to the union of the late Bishop Council, Sr. and the late Grace Eubanks. Of this union, three other siblings were born, namely the late Bishop, Jr., the late Willie Council, and Anderson Council.

While being employed by the North Carolina Dept. of Transportation in Little Washington, North Carolina, he met and married the love of his life, Miss Edna “Binky” Washington, with whom he lived until her death in 2001.

Brother Eubie was a true and faithful member of Haven Creek Missionary Baptist Church, and a dedicated long-standing member of its deacon board. He cherished his relationship with its members.

Brother Eubanks was preceded in death by his mother, father, and two brothers, leaving to mourn his passing his beloved baby brother, Attorney Anderson Council of New Orleans, Louisiana, and a host of cousins and friends, along with his 100-year-old aunt, Mrs. Gertha Eubanks of Nyack, New York.

Plans for a memorial service are pending at this time.

Offer Condolence for the family of James Eubanks 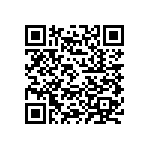