CHESAPEAKE – James “Jim” or “Buddy” Overcash, 62, of the 500 block of
Broad Bend Circle, went to be with the Lord July 16, 2003. He was born in
Statesville, NC to the late Elizabeth Roberts and James Oliver Overcash. Mr.
Overcash was a veteran, having served in the U.S. Air Force during the Vietnam War.
He was a member of First Baptist Church of Norfolk, the Cross Roads Sunday
School Class, and the Tidewater Blue Grass Association. Mr. Overcash was
predeceased by his first wife, Sally Duncan Overcash and his son, Randy Overcash.
Survivors include his loving wife, Vivian Leigh of the home; one daughter,
Rebecca Ann Overcash of Chesapeake; two step sons, Raymond D. Benton, Jr. and
Kevin M. Benton; two sisters, Mary O. Remnet of Portsmouth and Frances O. Ward
of Suffolk.
Funeral services will be held on Saturday at 2:00 p.m. at First Baptist
Church of Norfolk, 312 Kempsville Rd. with Pastor Sandy Alberson officiating.
Burial will follow at Chesapeake Memorial Gardens. The family will receive
friends at Twiford Funeral Home’s Colonial Chapel on Friday from 7:00 until 8:30
p.m. In lieu of flowers, memorial donations can be made to the American Cancer
Society, 2730 Ellsmere Ave, Norfolk, VA 23513 or to First Baptist Church of
Norfolk, Missions Fund, 312 Kempsville Rd., Norfolk, VA 23502.
Mr. Overcash has now become a memory for his wife Vivian, but that memory is
now a treasure. Jim will be sorely missed by his family and many, many
friends. Condolences may be expressed to the family at www.TwifordFH.com

Offer Condolence for the family of James Overcash 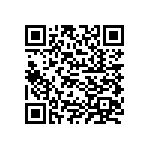