James William Harris III died at his home in Manns Harbor, NC with Linda, his wife of 43 years, at his bedside on October 5, 2019.

Jim was born in Dallas, TX on August 14, 1946. He graduated from St. Mark’s School of Texas (1964), Vanderbilt University (1968), and Harvard Business School (1973). He was a standout athlete in high school baseball and became captain of the baseball team at Vanderbilt University. He turned down an opportunity to try out for a major league team, opting instead for the challenges and opportunities of the financial industry in New York City.

He began his career in workouts and bankruptcy cases at Citibank for ten years. He then moved on to serve as managing director for Lehman Brothers’ financial restructuring division before opening his own investment-banking firm, Seneca Financial Group, based in Greenwich, CT in 1993. He also taught business classes at the Columbia Graduate School of Business and the Kenan-Flagler School of Business at the University of North Carolina at Chapel Hill.

Jim and his family were residents of Pleasantville, NY. In 2005, Jim and Linda moved to Manns Harbor, NC, where they built a waterfront home on property that has been in her family for generations. Part of the property included a small post office, a distinctive local landmark, and a fallow pecan orchard. As he had with many corporations in his investment-banking career, Jim revived the pecan orchard. O.P. Food Products, LLC, named after his mother-in-law, Oma Pearl Daniels, who had owned the orchard, became a successful enterprise selling its crop to local restaurant, Lone Cedar, and local distillery, Outer Banks Distilling.

Jim was a voracious reader and had a sharp sense of humor. He is survived by the love of his life, wife Linda, his son and favorite golf partner, Jimmy, his cherished daughter-in-law, Tracy, granddaughters, Campbell and Riley, who captured his heart, his beloved brother and sister, Jeff and Hawley, their spouses and nephews.

Respecting his wishes, Jim will be cremated, and his ashes spread in Oma Pearl’s pecan orchard. No service will be held but family and friends will gather to celebrate his life on a date to be determined. In lieu of flowers, he asks that donations be made in his name to any of the following: WUNC North Carolina Public Radio (120 Friday Center Dr., Chapel Hill, NC 27517), St. Mark’s School of Texas (10600 Preston Road, Dallas, TX 75230) or Mt. Carmel United Methodist Church (PO Box 95, Manns Harbor, NC 27953).

Offer Condolence for the family of James W. Harris III 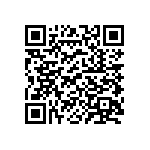