A native of Old Trap, NC, she was the daughter of the late Iredell Sawyer Burgess and Clarence Jones Burgess.

Jean was a member of Hertford United Methodist Church and the Order of the Eastern Star – Indian Ridge Chapter #319.

In addition to her parents, she was preceded in death by her husband, John Wright Harrison, Jr.; a son, Frank Troy Harrison; three sisters; and one brother.

Mrs. Burgess is survived by a son, William A. Harrison of Kill Devil Hills, NC; and two grandchildren, Heather and W. Brandon Harrison.

A memorial service will be held at 11:00 am on Thursday, April 21, 2022, at Still Waters Baptist Church followed by a reception and luncheon.

Offer Condolence for the family of Jean Burgess Harrison 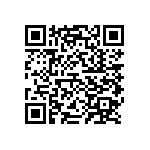