Jennie Caroline Hassell Gibbs, 64, of Wanchese, died Sunday November 13, 2011 in Chesapeake, Va. Mrs. Gibbs was born in Columbia, NC and was employed with a janitorial service. She attended First Assembly of God in Manteo and East Lake Pentecostal Holiness Church.

She was the daughter of the late Clarence and Brent Twiddy Hassell and the wife of the late Henry Jones Gibbs.

A celebration of life will be in Twiford Funeral Home, Manteo on Wednesday, November 16, 2011 at 1:00 p.m. by Rev. Jerald Craddock and Rev. Steve Smith. Burial will be in East Lake United Methodist Church Cemetery. In lieu of flowers, memorials may be made to the East Lake Pentecostal Holiness Church. Friends may join the family at Twiford Funeral Home on Tuesday from 6:00 p.m. to 8:00 p.m and at other times at the home of Debbie Terry, 308 Sir Walter Raleigh St., Manteo.

Offer Condolence for the family of Jennie Gibbs 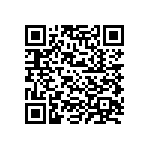