Jesse Bland Mercer was born 7 January 1930, the son of Jesse Pritchard Mercer and Wrenn Hemby Mercer.  He graduated from Elizabeth City High School in 1948 and attended High Point College for his freshman year. He transferred to N.C. State College for his sophomore year. In the fall of 1950 he enlisted in the United States Navy. After basic training, he spent the next year in electronics school, finishing with Technical Electronics A & B certifications.

He was discharged in 1954 and attended the University of North Carolina. He returned to High Point for the last semester of his senior year and graduated with a BS degree in Business Administration.

The next two years he worked in Greensboro in electronics design. He then entered East Carolina College and graduated with a MA degree in Business Administration with a minor in Education. Further graduate work was done at the University of South Florida, and Old Dominion University.

He accepted a position as Academic Headmaster of Blankinship Schools, Inc. where he set up the academic programs at Carolina Military Academy in Maxton, N.C.; Vardell Hall in Red Springs; and at The Highlands School for Girls in Avon Park, Florida. In addition to his duties as Academic Headmaster, he taught junior and senior English at each of the schools.

When the Blankinship schools closed because of the death of the founder, Jesse returned to Elizabeth City and joined the faculty of College of the Albemarle where he taught until he retired in 1996 with the rank of Associate Professor.

Since retirement, he has indulged an interest in writing and presently has 5 novels in publication as well as nearly 100 short stories posted to the secretgardenstories.org site.

He was a founding member of the Northeastern North Carolina Chapter of the American Guild of Organists, for which organization he has served as secretary and chaplain. He was a long time member of the Organ Historical Society. He is a charter member of the Lutheran Church of the Good Shepherd, where he has been Chairman of the Altar Guild for some years, and served as Layreader.

Before there was a Lutheran church in Elizabeth City, he sang in the choir of the First United Methodist Church for a number of years.

He is survived by five godsons and a number of cousins.

A funeral service will be held on Monday, January 19, 2015 at 11:00 a.m. at Good Shepherd Lutheran Church.  The family will receive friends at Twiford Memorial Chapel on Sunday from 4:00 p.m. until 5:00 p.m. and immediately following the service at the church.  In lieu of flowers, the family requests memorial donations made to Good Shepherd Lutheran Church, 501 Interpath Parkway, Elizabeth City, NC 27909.  Twiford Funeral Home, Memorial Chapel, 405 E. Church Street, Elizabeth City is assisting the Mercer family.  Condolences may be sent to the family at www.twifordfh.com.

Offer Condolence for the family of Jesse Mercer 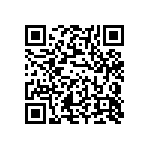