James “Jim” Cribbs died Tuesday, January 6, 2015 at Kindred Care, Elizabeth City, NC. He had been a resident at Brian Center, Hertford for one and a half years prior to his recent health issues. Mr. Cribbs was born in Statesboro, GA to Ernest and Georgia Cribbs. He was preceded in death by his wife Patsy of forty-three years; his parents; sister Elizabeth; and son, Tommy Cribbs. He served four years in the Air Force prior to joining the Marines. He was a retired Gygt in the United States Marine Corps serving twenty-two years prior to retirement. He was a truly devoted veteran and proud that he served in the Korean War as well as Vietnam.

Jim, as he was better known, was known for his kindness, caring, loving and compassing to anyone he knew or met. He will sorely be missed by all.

His interment took place at West Lawn Memorial Park with military honors and private burial of his remains at the veteran niche. His true love of animals was ever so great and he was a regular donor to the local SPCA as well as the VFW. He took pride in spoiling many pets over the years. There will be a brick in his honor at the new SPCA as well as a memorial brick when the new VFW facility is built. Rest in peace, Jim. Semper Fi.

Offer Condolence for the family of Jim Cribbs 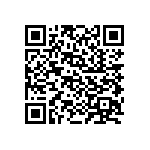