Jobie Willard Hofler, age 94, of Bayshore Drive, Elizabeth City, NC died Thursday, October 3, 2019 at his home surrounded by his family. Willard was born in Sunbury, NC and was the son of the late Willie H. and Lucy Byrum Hofler. Willard served two years in the Army’s 4th Infantry Division during World War II with some service in Belgium and Germany. He was also employed by the U. S. Postal Service as a rural carrier for 37 years. Willard was a charter member of the Sunbury Fire Department.

Willard was a humble man, but he achieved much in his lifetime. He was an original Renaissance man – he could do anything. He spent 19 years building a Falco airplane, his sister, Marie, at his side as his helper. At the age of 80, he flew the plane in the 99th celebration of the Wright Brothers first flight as the oldest pilot. He also rebuilt a 26 foot boat, making it into a 32 foot boat.

He was predeceased in May by his wife of 38 years, Naomi Bagley Hofler. He was also predeceased by his brother, Willie H. Hofler, Jr. and his sisters, Marie and Nell Hofler and Elizabeth H. Elmore.

A family graveside service will be held at Warwick Baptist Church. Memorial donations may be made to the American Cancer Society, 930-B Wellness Dr., Greenville, NC 27834 or the American Heart Association, 3131 RDU Center Dr., Suite 100, Morrisville, NC 27560, or to the charity of one’s choice. Twiford Funeral Home, 405 East Church Street, Elizabeth City, NC is serving the Hofler family. Online memorial condolences may be sent to the family at www.TwifordFH.com.

Offer Condolence for the family of Jobie Willard Hofler 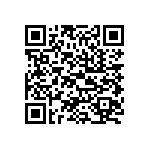