John Wood Foreman, Sr., 84, of 311 W. Church Street, Elizabeth City, NC died at his residence on Sunday morning, November 13, 2005. He was born at Hayes Plantation, Edenton, NC to the late William Blades and Annie Caroline Wood Foreman. Mr. Foreman was the widower of the late Edla Walker Foreman. He was retired owner/operator of Foreman-Derrickson Veneer Company and former operator of Foreman Manufacturing Company. Mr. Foreman was devoted to his church, community and his country. He was a member of Christ Episcopal Church where he served as Senior Warden and Junior Warden several times; an original member of the Board of Trustees for the College of the Albemarle, a former Pasquotank County Commissioner, and former member of the Elizabeth City Council. Mr. Foreman served his country in World War II in the Pacific Theater as a pilot of a U. S. Navy Privateer (B-24) and was awarded several Navy Air Medals and the Distinguish Flying Cross. He graduated from Virginia Episcopal School and University of North Carolina at Chapel Hill. He will be remembered as an avid sportsman and golfer. His sense of humor and his knack of bestowing nicknames will be cherished by all who knew him.

Services will be held Wednesday, November 16, 2005, at 11:00 am in Christ Episcopal Church by Revs. Fredricka Steenstra and Josh MacKenzie. A private burial will be in the Church’s Memorial Garden. The family will receive family and friends immediately following the service in the Church’s Parrish Hall and at other times at the residence. In lieu of flowers, the family suggests that memorial gifts be made to the Albemarle Hospice, c/o P. O. Box 189, Elizabeth City, NC 27907-0189, Christ Episcopal Church, c/o 200 S. McMorrine Street, Elizabeth City, NC 27909, or to the N. C. Wildlife Federation, c/o 1024 Washington Street, Raleigh, NC 27605. Twiford Funeral Home, 405 E. Church Street, Elizabeth City, NC is assisting the Foreman family. To sign the online guest register, please visit www.twifordfh.com.

Offer Condolence for the family of John Foreman, Sr. 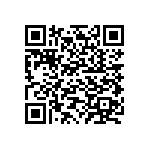