John Gordon Kellogg, Jr (Jack),66, of Manassas, Virginia died on May 7, 2015 at his residence from a long illness. A native of Manteo, NC, he was the son of the late Gordon and Alice Kellogg. Jack attended Carolina Military Academy and Manteo High School. He attended Campbell College and graduated and received his Master’s degree from East Carolina University. He was in the US Naval Air Reserves. Jack was in computer sales for most of his career and later retired from Kellogg Supply Company in Manteo, NC.

The family will have a private burial. In lieu of flowers, please make a donation in Jack’s memory to The Lost Colony, 1409 National Park Drive, Manteo, NC 27954.

Twiford Funeral Home, Manteo is assisting the family with local arrangements. Condolences may be expressed to the family at www.twifordfh.com.

Offer Condolence for the family of John “Jack” Kellogg, Jr. 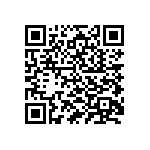