John Thomas McClanahan, age 66, of Elizabeth City, NC died on Sunday, October 13, 2019 at Sentara Albemarle Medical Center. He was born in Norfolk, VA on January 11, 1953 to the late Chester Cecil McClanahan and Edna Ruth Wilson McClanahan and was the husband of Diana Ivanova Kondratieva McClanahan. He was a metal fabricator in the manufacturing industry, a member of Island Christian Fellowship, as well as a loving husband, father and grandfather.

In addition to Diana, his wife of seventeen years, he is survived by his daughters, Yana Ilinichna Ginzburg and Rebecca Johnson; his son, Jeremy Wayne McClanahan; two grandchildren, Kaylee McClanahan and Stella Johnson; and two sisters, Cathy Cleve and Karen Hutchins. He was preceded in death by a brother, Jerry McClanahan.

A graveside service will be held at 2:00 p.m. on Thursday, October 17, 2019 at Laurel Memorial Gardens. A visitation will be held on Wednesday evening from 6:00 to 7:30 p.m. at the funeral home. At all other times the family will be at the residence. Memorial donations may be made to the Prostate Cancer Foundation at 1250 4th Street, Santa Monica, CA 90401. Twiford Funeral Home, 405 East Church Street, Elizabeth City, NC is assisting the McClanahan family. Online memorial condolences may be sent to the family at www.TwifordFH.com

Offer Condolence for the family of John T. McClanahan 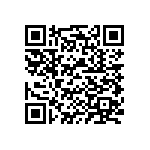