Joseph James Sullivan, 92, of Manteo, NC died on June 14, 2015 at Colony Ridge Nursing and Rehabilitation Center in Nags Head, NC. Born in Brooklyn, New York, he was the son of the late Bartholomew Sullivan and Marie Daly Sullivan. Joseph served his country honorably with the United States Navy during World War II. He was a 4th Degree Past Grand Knight of the Knights of Columbus, a member of the American Legion Post and a parishioner of Holy Redeemer By The Sea Catholic Church. He was retired from the Home Insurance Co. in New York City.

Joseph is survived by a daughter, Maureen Ferris and husband, Clarence of Manteo; a daughter-in-law, Camille Sullivan of Berkeley Heights, NJ; and two grandchildren, Brianna Sullivan and Joseph A. Sullivan. Along with his parents, he was preceded in death by a son, Joseph Sullivan; a granddaughter, Tammy Jean Ferris; and a sister, Eleanor Sullivan.

A Mass of the Resurrection will be celebrated on Friday, June 19, 2015 at 12:30 pm at Holy Trinity Catholic Church, Nags Head by the Rev. Dr. William F. Walsh, osfs. Burial will follow at Roanoke Island Memorial Gardens. The family will receive friends and relatives at Twiford Funeral Home, Manteo on Thursday, June 18th from 2:00 until 4:00 pm and from 6:00 until 8:00 pm.

Offer Condolence for the family of Joseph J. Sullivan 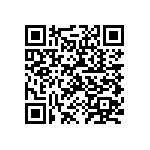