Embarking on his final voyage on August 19, 2019, with the lights of his life, his wife Mary Lou and his daughters at his side, Joseph Mariner Beckett III, crossed the bar.

Born in Philadelphia on April 4, 1936, Joe spent his early years in Woodbury, NJ and graduated from the U.S. Merchant Marine Academy at Kings Point in 1958.  Following graduation, he began his active duty career in the U.S. Navy and retired from the Naval Reserve with the rank of Commander.  In 1969, using his Kings Point training, Joe began a second career spanning more than twenty years with Old Dominion Stevedoring Corp. in Norfolk, VA.  In 1994, Joe became a realtor and enjoyed helping several of his children’s friends become first time homeowners.  In 1999, Joe and Mary Lou retired to their home in Duck, NC.  Over the years, they have enjoyed traveling and being active in their community, especially All Saints Episcopal Church where Joe served as both junior and senior warden, as well as being involved in many and various committee projects.

In addition to his wife of 58 years, Mary Lou, Joe is survived by two daughters, Jean Michaels and Jane Beckett, son-in-law Jim Michaels, grandchildren Jacob and Antigone Michaels, sister-in-law Jean Lutz and her partner Bill Hardesty, nieces and nephews Susan Jane and Mark Novalsky and  Sherman and Stacey Yeiter, and a host of wonderful great-nieces and nephews.

Joe was predeceased by his daughter, Jennifer Mariner Beckett; his father, Joseph M. Beckett Jr.; his mother and stepfather, Frances and Thomas McConaghy; his sister and brother-in-law, Jane and Fred Yeiter; and a cousin, Suan Woodward.

Believing that in this life nothing should be wasted, Joe has donated his body to East Carolina Medical School for use in medical science.

A celebration of Joe’s life will be held at All Saints Episcopal Church, 40 Pintail Trail, Southern Shores, NC at 2PM, Saturday, October 5th, 2019.  A reception will follow in the church Gathering Space.  In lieu of flowers, Joe requested that unrestricted memorials be made to the All Saints Episcopal Church Endowment Fund, the Salvation Army, the U. S. Merchant Marine Academy Alumni Association Fund or a charity of your choice.

Note from the family:  Joe Beckett was a man who never met a stranger, he was gracious and welcoming to everyone he met in every circumstance.  He was thoughtful and helpful to others in so many ways … he penned his own obituary so that his family would not have this task.  He had a beautiful smile and a twinkle in his eye.  On Joe’s desk we found a poem, given to him by his favorite Aunt, entitled “The Golden Keys” that captures the principles for a life well lived.  The Golden Ring that binds the keys says Be Ye Kind.  These words encompass the heart of Joseph M. Beckett.

Offer Condolence for the family of Joseph M. Beckett III 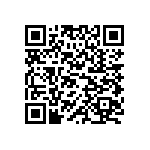