Julia Maddrey Hassell, a devoted mother, wife, grandmother, pillar of Edenton and champion of women’s rights, passed away on July 16, 2021 at Elizabeth City Health and Rehabilitation. Julia was 94 years old.

She is survived by son Glenn Hassell (Donna) of Elizabeth City, grandchildren Craig of Goldsboro, Owen of Wilmington and Kim of Canton, Michigan, one greatgrandchild and sisters Maxine Earley and Helen Casebolt. She is predeceased by her husband, Roy, son Danny, father Cecil Jarvis Maddrey, mother Virgie Hill Maddrey and eight siblings.

She was born on April 10, 1927, one of 11 children in Severn, N.C. Julia cultivated her work ethic alongside her parents and siblings by picking cotton and peanuts. After one year at Greensboro College, Julia moved to Edenton with her husband in 1946, where she went to work at businesses such as Malone’s Dime Store, Belk’s, Jimbo’s Jumbos peanuts and Byrum Implement and Truck Company. Since 1989, she worked at Shepard-Pruden Memorial Library in downtown Edenton.

Julia was a member of Edenton United Methodist Church for 75 years. She chaired the committee to construct its present church building on Virginia Road. From choir member, Sunday School teacher, youth fellowship counselor, president of United Methodist Women, chairwoman of committees such as finance, stewardship, social concerns and pastoral relations, piano and organ player, usher — and making and selling a myriad of chicken salad dinners for various fundraisers — Julia saw no task she couldn’t handle as a messenger of God’s Word.

She was also determined to deliver the message for women’s rights. Julia was a member of the Business and Professional Women’s Club. Named Club Woman of the Year in 1969, she became state president in 1977. Julia spoke to numerous groups on the role of women in today’s society, which took her across the state, country and eventually the White House and then-President Jimmy Carter to lobby for the Equal Rights Amendment.

“We have the chance to stand up and be counted, and we must not lag behind, hiding behind resentments, prejudices, jealousies or the flimsy excuse that women are scatterbrains who are wonderful because they eat right, exercise and take Geritol every day,” Julia said in one of countless speeches.

In Edenton, she served on the Citizens Advisory Council, an appointment by the mayor. In 1974, Julia was named Woman of the Year for achievements in the home, church and community.
Julia believed the Lord blessed her “richly and wonderfully” and prayed that when she passed “the Lord can say ‘Well done my good and faithful servant.'”

A funeral is scheduled for Wednesday, July 21, 2021 at11:00 a.m. at Twiford Memorial Chapel officiated by the Rev. Valerie Tyson. Burial will follow at Beaver Hill Cemetery, Edenton, NC. The service will be livestreamed at www.facebook.com/TwifordFuneralHome.As an expression of sympathy, memorial contributions may be sent to the Edenton United Methodist Church Building, 225 Virginia Road, Edenton, NC 27932.

Offer Condolence for the family of Julia Maddrey Hassell 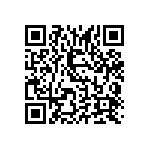