Kenyon Bertel Segner, III, 80, died peacefully Thursday afternoon, January 8, 2015 at his residence in Camden’s Treasure Point.  His home is on the Pasquotank River, which gave him much pleasure.  Ken leaves his devoted wife, Louise P. Segner, a daughter, Catherine Bridge, son-in-law David and two granddaughters Lauren and Aliza.  He also leaves to cherish his memory a brother, Steve Segner of Daytona Beach, FL.  He was preceded in death by  his parents, Kenyon Bertel Segner, Jr. and Ruth Patterson Segner.

A memorial service will be held Sunday, January 18, 2015 at 12:00 noon at Camden United Methodist Church officiated by Pastor David Moerhing.  In lieu of flowers, memorial donations may be made to SPCA of Northeastern NC, PO Box 1772, Elizabeth City, NC 27906. Twiford Funeral Home, Memorial Chapel, 405 E. Church Street, Elizabeth City is serving the Segner family.  Condolences may be expressed to the family by visiting twifordfh.com.

Offer Condolence for the family of Ken Segner 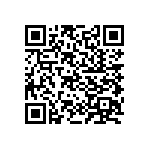