Kenneth Richard Hoffer was born in New Jersey in 1931. He volunteered for the U. S. Air Force after graduating from high school. He was preceded in death by his first wife, Beverly. Together they had four daughters. In 1969, Mr. Hoffer founded Hoffer Flow Controls, a company specializing in the design and supply for flow measurement systems. His company built a facility in Elizabeth City, NC in 1990. After relocating to NC, he married Mamie Hopkins. Hoffer Flow Controls has flourished under his direction. The Measurement, Control and Automation Association inducted Ken Hoffer in The Measurement, Control and Automation “Hall of Fame” in April 2019 in Tucson, AZ.

Mr. Hoffer was many things to many people but loved by all. He had a kind, generous heart. He made his impact in the world and will be remembered well by those fortunate to have known him.

A private service will be held. The family will receive visitors from 3:00 – 6:00 p.m. on Wednesday, October 28, 2020 at Twiford Memorial Chapel. Due to Covid guidelines, a maximum of 25 people will be allowed in the building at any given time. Burial will be in New Jersey. Twiford Funeral Home, 405 East Church Street, Elizabeth City, NC is assisting the Hoffer family. Online memorial condolences may be sent to the family at www.TwifordFH.com.

Offer Condolence for the family of Kenneth R. Hoffer 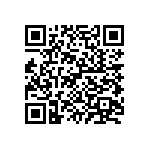