Lathan Forbes, Sr., age 72, of 158 Rivershore Dr., Hertford, NC, died Tuesday, July 15, 2003, at his residence. Mr. Forbes, a native of Camden County, was the beloved husband for 55 years of Josephine Hodges Forbes of the residence and was the son of the late Dell Riggs and Addie Sawyer Forbes. He was a member and former deacon of the Elizabeth City Church of Christ.

A memorial service will be Friday, July 18, 2003 at 2:00 PM at Twiford’s Memorial Chapel with the Rev. Roland Cooper officiating. The family will receive friends in the lobby of the funeral home immediately following the service and at other times at the residence. Memorial donations may be made to the American Cancer Society, c/o Hazel Anderson, 106 S. Ashe St., Elizabeth City, NC 27909. To sign the online register, please visit www.twifordfh.com.

Offer Condolence for the family of Lathan Forbes, Sr. 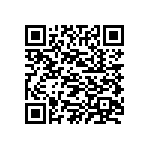