Lessie Mae Johnson Burton, age 93, of 901 West Elizabeth Street, Elizabeth City, NC, died Wednesday, October 23, 2002, at the Albemarle Hospital. Mrs. Burton was a native of Chowan County, NC, the widow of Ralph Jerome Burton, and the daughter of the late James Washington Johnson and Laura Virginia Sawyer. She was the retired president, owner, and saleslady for Burton Mercantile Company. Having lived most of her live in Elizabeth City she was the oldest member of Fountain of Life Pentecostal Holiness Church.

Mrs. Burton is survived by a son, Monty M., and his wife Joyce, Marsh of Elizabeth City, NC; a sister, Selma, and her husband Elwood, Ritchie of Elizabeth City, NC; a grandson, Terry, and his wife Catherine, Marsh of Gretna, LA; two grandchildren, Jennifer, and her husband Mike, Waters, and Terry Marsh, Jr.; one great grandson, Joseph Monty Waters, and several nieces and nephews.

A funeral service will be Saturday, October 26, 2002, at 2:00 PM at Twiford’s Memorial Chapel with the Rev. Bill Mayo officiating. Burial will be in West Lawn Memorial Park Cemetery. The family will receive friends immediately after the service in the lobby of the funeral home and at other times at the residence of the son, Mr. & Mrs. Monty M. Marsh, 905 West Elizabeth Street, Elizabeth City, NC.

Offer Condolence for the family of Lessie Mae Johnson Burton 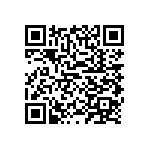