Upon graduation from Cape Hatteras School, LP joined the United States Coast Guard. He served his country honorably retiring as a Senior Chief after 20 years. He was also a self-employed commercial fisherman for many years.

A member of St. Johns United Methodist Church, he was a model boat builder who enjoyed crabbing, fishing, and cooking.

In addition to his parents, he was preceded in death by his wife, Wanda Gray O’Neal; two daughters, Patricia M. Montalvo and Angela D. Touchet; and his sister, Patricia Mae Dack.

A memorial service will be held at 11:00 am on Saturday, June 12, 2021, at St. John’s United Methodist Church.  Immediately following the service, the family will receive friends in the fellowship hall. 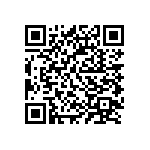