Lynda Davis Phthisic, age 78 of Elizabeth City, NC died peacefully at home and went to join her husband, the love of her life, Milton E. Phthisic, Sr. on Friday, April 8, 2022. She was the daughter of the late Carl Ray Davis and Hazel Payne Davis. In addition to her parents, she was predeceased by her husband, Milton E. Phthisic, Sr. of thirty-eight years; her sister, Edna Davis Thompson; her brother, Ronald P. Davis; a nephew, Carl Ray Harry and a grandson, Christopher Phthisic.

The family extends a special thanks to Albemarle Hospice for the love and support given to our mother during this difficult time.

A graveside service will be held at 3:00 p.m. Wednesday, April 13, 2022 at West Lawn Memorial Park Cemetery with Pastor Rick Lowery officiating. The family will receive friends at the funeral home Tuesday evening from 6:00 to 7:30 p.m. as well as at Mrs. Phthisic’s residence, 126 Ranch Drive on Sunday, April 10 from 3:00 to 6:00 pm. Twiford Funeral Home, 405 East Church Street, Elizabeth City, NC 27909 is serving the family of Lynda Phthisic. Online memorial condolences may be sent to the family at www.TwifordFH.com.

Offer Condolence for the family of Lynda Davis Phthisic 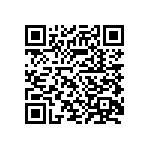