Born December 16, 1925, she was the fifth daughter of the late Sofia and Samuel Kozeniewski. Margaret was raised in Conshohocken, PA where she attended St. Matthew High School.

In addition to her parents, she was preceded in death by her husband, Joseph M. Evanoff.

She was a member of Holy Redeemer by the Sea Catholic Church.

During her lifetime, she was a successful businesswoman in Middletown, NY, her home for many years prior to moving to the Outer Banks in 1976. She and her husband owned the Nettlewood Motel in Kill Devil Hills from 1976 till 2003. Margaret was an artist and stained-glass hobbyist and until her passing was actively engaged in fishing and gardening.

Margaret E. Evanoff will be sorely missed by family and friends. She was loved and will be remembered by so many.

The Evanoff Family wishes to express their sincerest gratitude to all those who continue to support them during this difficult time of loss.

A private graveside funeral will be held for her immediate family.

In lieu of flowers, memorial donations may be made to Roanoke Island Food Pantry, PO Box 787, Manteo, NC 27954, or online at mountolivetumc.org.

Offer Condolence for the family of Margaret E. Evanoff 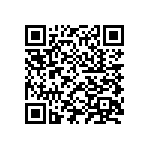