Marguerite Lyle Drinkwater Booth, 88, died on Saturday, May 29, 2004 at the Outer Banks Hospital. Mrs. Booth was born in Manteo and was owner of The Booth Guest House. She was a member of the Catholic Church and The Rebekah Lodge #52. She was the daughter of the late Alpheus Drinkwater and the late Rosa Lee Gray Drinkwater and the widow of John Lee Booth, Sr.

A memorial service will be held at Twiford’s Colony Chapel, Manteo on Friday, June 4, 2004 at 7:30 pm. Burial will be in the Manteo Cemetery. The family will receive friends at the Booth Guest House, 101 Morrison Grove Road, Manteo on Thursday evening from 6:00 to 9:00 pm. In lieu of flowers, memorial contributions may be made to the Oddfellow and Rebekah charity. Checks should be made payable to S.O.S., P.O. Box 781, Manteo, NC 277954.
Twiford’s Colony Chapel, Manteo is assisting the family with arrangements.

Offer Condolence for the family of Marguerite Booth 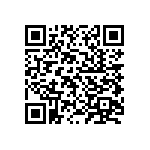