Marie Lynn Stuart, age 95, of School House Road, Elizabeth City, NC died peacefully on Wednesday, October 16, 2019 at her home. She was born on September 29, 1924 to the late Herbert Lynn and Marie Lynn Redman. She was the widow of Edward Stuart.

Marie graduated from Massachusetts School of Art (now Massachusetts College of Art) with a major in Commercial Art. She did free-lance artwork for a newspaper, then became Artist-Art Director for an advertising agency in Norfolk, VA until her husband was transferred to Newport, RI. There she specialized in pastel portraits of children until their return to Virginia Beach, VA in the 1960’s.

Her husband retired from the U. S Navy and they opened a ceramic studio, Stu-Doodle Ceramics in Elizabeth City, NC. They became distributors for three color lines. Marie taught as a traveling Teacher for one color line and ran the studio.

After her husband’s death in 1991, she continued running the ceramic studio for several years, then retired and continued to seriously pursue artwork.

Marie is survived by her daughters, Sherry Phipps (Don) of Chireno, TX and Lisa Winslow (Ed) of Elizabeth City, NC; grandchildren, Christopher Langford of Shiloh, GA, Cindy Winslow (Lance) and Justin Winslow (Jackie) of Elizabeth City, NC, and Cindy Choate (Dawn) of Richmond, VA; great-grandchildren, Reilly, Tyler, Chloe, Trisha and Christopher; and her brothers Richard Redman (Gloria) and Bobby Redman. In addition to her parents and husband, she was preceded in death by her stepfather, Gus Redman, and grandson, Scott Stuart Winslow.

A memorial service will be held at 2:00 p.m. on Sunday, October 20, 2019 at Twiford Memorial Chapel with the Rev. Ken Littleton officiating. The family will receive family and friends immediately following the service at the Chapel and at all other times at 1293 School House Rd., Elizabeth City, NC 27909. The family suggests that in lieu of flowers, memorial donations may be made to the Cystic Fibrosis Foundation, Carolinas Chapter – Raleigh Office, 7101 Creedmoor Road, Suite 130, Raleigh, NC 27613 or http://www.cff.org/give-today. Twiford Funeral Home, 405 East Church Street, Elizabeth City, NC is assisting the Stuart family. Online memorial condolences may be sent to the family at www.TwifordFH.com.

Offer Condolence for the family of Marie Lynn Stuart 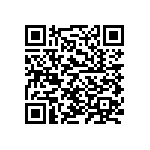