Mark Stephen Fraser, 59, of Nags Head, NC died on June 12, 2015.  He was born in Bronx, NY to the late Malcolm and Veronica Fraser.  He was a long time resident of Mahopac, NY.  He co-owned Fraser’s Hardware in Mahopac for 25 years.  He was involved in the community, serving on the Town of Carmel Zoning Board for 20 years, as well as the board of the Mahopac Chamber of Commerce.  He was named as their Business Person of the Year in 2008.

No services have been planned at this time.

Offer Condolence for the family of Mark Stephen Fraser 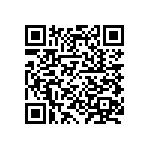