Martha Ray Beacham Pulley of Richmond, Virginia, died August 4, 2020, at the assisted living facility where she had lived since 2017. Ms. Pulley was born on February 6, 1945, in Norfolk, a daughter of the late Martha Dave Vaughan Beacham and Shelton Ray Beacham. She was a graduate of Granby High School in Norfolk and Old Dominion University. Martha taught social studies at middle schools and high schools in both Norfolk and Richmond for several years. Ms. Pulley was an active member of the Education Association of Norfolk and later the Virginia Education Association, advocating for teachers and schools at the local and state levels. She first joined state government as executive assistant to former lieutenant governor Richard J. Davis Jr., after which she became a special assistant for policy at the new state Medicaid agency (DMAS). In 1988, Ms. Pulley became the first executive director of the Virginia Association for Home Care. In 2002, she was appointed to the staff of Gov. Mark R. Warner, where she led training and coordination for the state disaster response and recovery network. In 2006, she became the director of policy for the Department of Health under Gov. Timothy M. Kaine. She was an avid and discerning reader with a critic’s eye who always had a stack of library books. She was proud of her Kitty Hawk, North Carolina heritage, and of the exhibit about her Naval aviator father, known as “the Kitty Hawk kid” during World War II, at the Dare County Airport Museum.

A family memorial ceremony will be held at Austin Cemetery in Kitty Hawk in the near future. Twiford Funeral Homes of Elizabeth City assisted in the cemetery arrangements. Memorial contributions in Martha’s honor may be made to the Austin Cemetery Association, P.O. Box 23, Kitty Hawk, NC, 27949, or the Dare County Airport Museum, 410 Airport Road, Manteo, NC 27954. On line memorial condolences may be sent to the family at www.TwifordFH.com.

Offer Condolence for the family of Martha Ray Beacham Pulley 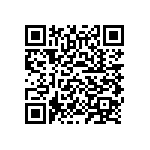