Mary Jean Marino Jones, 84 of 957 Waterlily Road, Coinjock, NC died Wednesday, March 18, 2020 at her residence. She was born April 18, 1935 in Waterbury, CT to the late Frank Marion and Luello Lucille Racine Marino and was the widower of Donald Glenn Jones. She was a manager in retail.

She is survived by two daughters, Teresa J. Spruill and Susan M. Spruill; eleven grandchildren, Thomas and Micheal Rowsey, who were also her caregivers for her last seven years, allowing her to be happy and comfortable at home, Michael Farrenholz, Christopher McLaurin, Charlie Wesner, Michelle and Jed Fisher, Veronica Spruill, Virginia Spruill, Mathew Spruill, and Emery Spruill; and eighteen great-grandchildren.

Offer Condolence for the family of Mary M. Jones 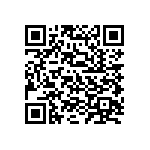