Born to Nell and John Morrison, also of Camden, she is further survived by her brothers, Stuart Morrison, and wife Devon (nieces Waverly and Turner), of Elizabeth City and Matthew Morrison, her twin, of Fort Lauderdale, Florida.

Educated in the public schools of Pasquotank County, the Albemarle School, and Saint Mary’s Episcopal High School, she was a proud graduate of East Carolina University.

A lifelong member of Christ Episcopal Church, she was a serving member of its vestry at the time of her passing.

Active in her community, and a joyful anchor of her family, her days were spent in powerfully close friendships, long distance running (she completed the Marine Corps Marathon), consistent acts of kindness, and most important to her, mothering.

The last five years of her all too short life, she became a fierce warrior against the scourge of Pancreatic Cancer. Facing huge odds, she declined sympathy and victimhood and daily battled what she referred to as her personal “Beast”. It was Mary’s intent to justify her suffering as an example of the way forward. This led to invitations to address congress on the need for research funding and she twice gave presentations to faculty and staff at the Lineberger Cancer Center of the University of North Carolina at Chapel Hill, where she elected treatment. As a prominent advocate for research and care, the university invited her to turn the first shovel of the construction site of its new cancer center in Chapel Hill.

Mary wanted it well known she did not lose a long battle to cancer. It was never a fair fight. If it had been, she would have won.

The family wishes to express heartfelt thanks to all health care professionals who fought for Mary, especially Drs. Kim Cerveny and Valiant Tan of Elizabeth City and Drs. H.J. Kim and Autumn McRee of UNC. Nor will we ever forget the competence and tenderness of Dr. Tan’s nurse, Cheryl Pureza. In the last days the loving care of Albemarle Home Care and Hospice was extraordinary.

It was Mary’s wish those desiring to memorialize her life make contributions to the Lineberger Cancer Center, UNC, Christ Episcopal Church, and Victory Christian School of Elizabeth City.

A funeral service will be conducted Saturday, July 2nd at 11:00 am at Christ Episcopal Church.

Offer Condolence for the family of Mary Morrison Gillam 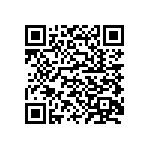