Merritt was raised in Washington, DC, and joined the US Navy in 1942, at the age of 19. He served on the USS Ingraham (DD-694) in the Pacific Theatre of WWII at the battles of Iwo Jima and Okinawa.

He worked as a machinist for 39 years at Ellaneff Machine Tool Co., Corona, NY, retiring in 1985.

Merritt and Florence were members of Grace Lutheran Church, worshipping there since 1985. From his workshop, he produced wooden crosses as gifts to new church members.

Merritt liked fishing and loved bowling. He participated in Grace Lutheran’s Bowling Fellowship, and he bowled into his mid 90’s!

In 2017, Merritt moved to Spring Arbor of The Outer Banks Assisted Living where he resided until his death.

A Memorial Service for Merritt Camp will be held at 11:00 am on Thursday, September 16, 2021, at Grace Lutheran Church By-The-Sea, Nags Head, NC. He will be interred at Roanoke Island Memorial Gardens in Manteo.

To plant a tree in memory of Mr. Camp or send flowers to the family, please visit www.TwifordFH.com/send-flowers.

Offer Condolence for the family of Merritt Rickman Camp 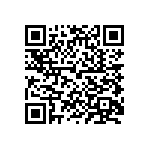