Michael “Bryan” Klecz, age 60, of Chesapeake, VA, passed away on June 11, 2022. He was born in Baltimore, MD on April 11, 1962 to Michael N. Klecz and Patricia Westinghouse Klecz. Ask anyone who knew him and they will tell you, Bryan had a tremendous love of music. The Beatles were always his favorite band. His love of music started when he was a toddler. He would even sing “Loves you yea yea yea” in his crib.

Bryan graduated from Calvert High School in Prince Frederick, MD in 1980. After graduation he enlisted in the United States Navy where he served 6 years as a second-class electronics technician. After the military, Bryan held supervisory positions in the electrical shops of several shipyards in the Norfolk/Chesapeake area.

Through the many years he lived in Chesapeake, he was a member of multiple successful local bands including Cat’s Courageous, Vintage, and others. He was a true musician through and through.

Bryan married the love of his life, Loretta Scholl-Klecz, in September 1994. Together they had the type of marriage most people dream about. He lost his wife in April 2018.

10 years ago, Bryan became a Master Mason in Portsmouth Lodge #100, in Portsmouth, VA. He rose to the position of Master of the Lodge. He was then elected to District Deputy Grand Master.

Bryan was simply the nicest guy and would do anything for anyone. His dark sense of humor and infectious laugh will truly be missed by all.

Bryan also leaves behind a very large group of many good and true friends, and his furry friend Spotted Cat.

A private memorial will be held with family members. In lieu of flowers, donations can be made in his name to the Portsmouth Masonic Lodge #100 A.F. & A.M., 1114 Hodges Ferry Road, Portsmouth, VA 23701.

Offer Condolence for the family of Michael “Bryan” Klecz 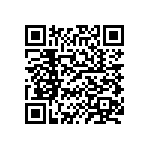