Michael Eugene Perry, 67, of Colington, NC died unexpectedly on Tuesday, November 16, 2021 at Sentara Norfolk Sentara Hospital. A native of Dare County, he was the son of the late Rupert Parker Perry Sr. of Kitty Hawk and Ruby Sawyer Perry Scarborough of Wanchese.

Mike was known to many as a master painter and carpenter. If it needed fixing, he could fix it, and everyone knew who to call. He was an avid hunter, and spent the hunting season at Mount Carmel Hunting Club in Jackson, N.C. with his great hunting buddies. He was a skilled deer hunter, but turkey hunting was his passion.

In the past 25 years, his biggest joy was found in his wife and family. You could find him most days playing outside with his grandkids or working around the house and in the yard with Lisa.

Michael is survived by the love of his life, Lisa Perry, his son, Gene Perry (Cheryl), his daughters, Kristina Cranson, Ashley Johnson (David), and Carla Heppert (Ben). He was affectionately known as Grampy or Goo Goo to his beloved grandchildren, Tyler, Daniel, Juliana, Auggie, Lillie, Landry, Cece, and Leighton.

He is also survived by his sisters, Tami Robinson, Kimberly Ward, and Susan Perry; and brothers, Glenn Perry, and Rupert Perry, Jr.; along with Tanya Hill (Jason) and many other nieces and nephews.

He was predeceased in death by his father Rupert Perry Sr. of Kitty Hawk and Ruby Scarborough of Wanchese, along with his stepfather Tink Scarborough. He was also predeceased by his brothers, Kenny Perry and Scott Perry, in addition to his granddaughter Analycia Chavez.

A viewing will be held at 2:00 pm on Saturday, November 20, 2021, at Twiford Colony Chapel in Manteo, followed by the service at 3:00 pm. In lieu of flowers, donations towards final expenses may be made in care of Lisa Perry at First National Bank in Manteo.

Offer Condolence for the family of Michael Eugene Perry 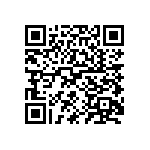