Nathan Alexander McKethan, age 42, of Elizabeth City, NC died on Sunday, July 26, 2020, at his home. Born in Starnberg, Germany on April 4, 1978, to Kenneth Alexander McKethan, Jr. and Joanna Allred McKethan, he was the husband of Christy Brill McKethan. A veteran of the U. S. Army, he served his country by completing three tours of duty in Iraq. Nathan worked as an aircraft painter for the U. S. Coast Guard Aviation Logistics Command, was a member of the William Clarence Jackson VFW Post # 6060 and attended Towne South Church of Christ.

In addition to his wife and parents, he is survived by two daughters, Colby and Kimberlee; a sister, Erika McKethan (Charles); and many aunts, uncles, and cousins. He was also the beloved son-in-law to Linda and Robert Smith of KY and brother-in-law to Richard Lynn of KY.

The memorial service planned for Tuesday, August 4, 2020 at Towne South Church of Christ has been cancelled due to inclement weather and will be rescheduled.  Military honors will be provided by the Patriot Guard Riders. Twiford Funeral Home, 405 East Church Street, Elizabeth City, NC is serving the McKethan family. Online memorial condolences may be sent to the family at www.TwifordFH.com.

Offer Condolence for the family of Nathan Alexander McKethan 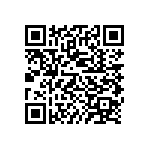