Nathaniel Taylor “Nat, N.T.” Aydlett, II, age 84, of Elizabeth City left this world to go to his Heavenly home to be with his Heavenly Father on April 11, 2021. He was born March 23, 1937 in Elizabeth City to the late Journeay Duncan and Ivilla Albertson Aydlett and was the husband of Dianne Owens Aydlett since August 23, 1958. He was a member of Faith Baptist Church. He had sung in church choirs since he was twelve years old.

N.T. grew up in Elizabeth City and graduated from Elizabeth City High School in 1955. N.T. was a member of the ECHS band where he played the cornet and was an officer. After graduating he went to NC State and ECU. In 1958, N.T. began at the apprentice school at Norfolk Naval Shipyard. He retired in 1992 and he and Dianne moved to Weeksville where they lived on the Pasquotank River. N.T. became an avid sailor and won many trophies sailing.

A funeral service will be held Thursday, April 15, 2021 at 2:00 p.m. at Twiford Memorial Chapel with Pastor Bryan Pease and Pastor Rick Lawrenson officiating. Burial will be in Old Hollywood Cemetery. The family will receive friends from Wednesday evening from 6:00 to 7:30 p.m. at the funeral home and immediately following the service. Flowers may be ordered for the family through one of our local florists by going directly to https://www.twifordfh.com/send-flowers/. The service will be livestreamed at www.facebook.com/TwifordFuneralHome. Twiford Memorial Chapel, 405 E. Church St., Elizabeth City, NC is serving the Aydlett family. You may express condolences to the family by visiting www.TwifordFH.com.

Offer Condolence for the family of Nathaniel “N.T.” Aydlett 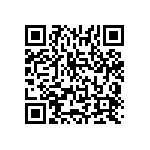