Nellie Sawyer Riggs, age 86, of Camden, NC died Thursday, February 14, 2019. Born in Camden County, NC on August 2, 1932 to the late Wilson C. and Gertie Nash Sawyer, she was the widow of John Riggs. She was a former member of Pentecostal Holiness Church of South Mills.

A funeral service will be held at 2:00 p.m. on Monday, February 18, 2019 at Twiford Memorial Chapel with Pastor Mike Henley and the Rev. Boyce Porter officiating. Burial will be in Westlawn Memorial Park Cemetery. The family will receive friends on Sunday from 5:00 ~ 6:30 p.m. at the funeral home, following the service in the funeral home lobby, and all other times at the residence of Linda and Donnie Perry, 101 Holland Dr., Camden, NC. Memorial donations may be made to the American Cancer Society, 930-B Wellness Drive, Greenville, NC 27834. Twiford Funeral Home, 405 E. Church Street, Elizabeth City, NC is serving the Riggs family. Online memorial condolences may be sent to the family at https://www.twifordfh.com.

Offer Condolence for the family of Nellie Sawyer Riggs 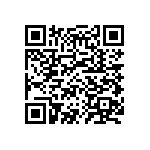