A native of East Lake, he was born on April 15, 1935, to the late Christine Simmons Cahoon and Wilbur Wright Cahoon.

Norman was a retired brickmason and commercial fisherman.

In addition to his parents, he was preceded in death by his wife, Violet Spruill Cahoon; sisters, Marcelene Basnight and Illa Mae Ambrose; and brothers, Fowler Miller Cahoon, Sr., Herman Cahoon, and Roger Cahoon, Sr.

A funeral will be held on at 2:00 pm on Friday, May 29, 2020, at Twiford Colony Chapel, Manteo. Burial will take place at the East Lake Primitive Baptist Church Cemetery.

In lieu of flowers, memorial donations may be made to Twiford Funeral Home (PO Box 595, Manteo, NC 27954) to help offset funeral expenses.

Offer Condolence for the family of Norman L. Cahoon, Sr. 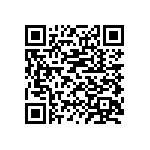